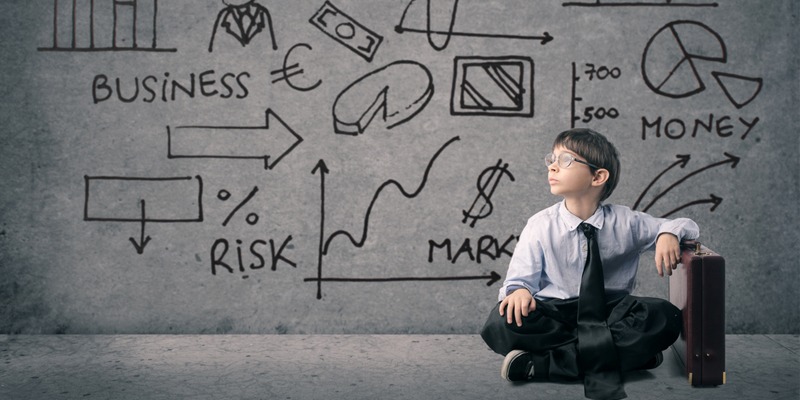 Sometimes, I think I grew up in the wrong generation.

When I was a kid, I worked for my dad on the weekends and after school. I was fascinated by business at a very early age, but entrepreneurship wasn’t cool back then. If anything, I was a bit of an outcast.

If that were today, I would have been a middle-school rock star. Entrepreneurship is glamorized by the media these days, with hit TV shows like Shark Tank and mega-successful startups like Snapchat and Facebook receiving a lot of mainstream attention.

There are also multiple tech camps for kids, providing learning environments that encourage young minds to thrive. I would have jumped at the chance to attend a programming camp when I was younger — it just wasn’t an option that was available back then.

Kids that want to pursue entrepreneurship at an early age have plenty of resources available. I would encourage every single young mind that has an interest in business to go for it. Kids make amazing entrepreneurs for many reasons, starting with these five.

If you decide to be an entrepreneur, you are more likely to fail than you are to succeed. Some of the most successful entrepreneurs failed multiple times before they experienced their first win. Some lost it all and struggled for years before becoming an “overnight success.”

Kids are completely plugged in when it comes to technology. They are born with the internet in their hands — almost literally. It’s such a natural extension, which is why things like programming and learning code comes easy to them, where someone older looks at it like a foreign language.

As technology advances, kids will naturally evolve with it. There will never be a steep learning curve.

Being curious is natural, especially as a kid. That curiosity is the reason for questions like:

“What will happen if I do this?”
“Why does this happen when I do that?”

Some of the most successful entrepreneurs start businesses that solve common problems and make something more convenient. Look at some of the most successful startups — they aren’t anything revolutionary — they just solve a very simple problem. Is Uber groundbreaking? No, but it’s extremely helpful and convenient. The youth possess the curiosity to conceive the next Uber.

I can remember building forts in my parent’s living room as a kid and being entertained for hours. A couple couches, some pillows and a few blankets turned into an adventure. Why? Because we oozed creativity as kids — it was in our DNA. Today, that same type of creativity can be combined with technology to create almost anything a bright young mind can dream up.

Kids love to learn and they soak up as much knowledge as they can, thanks in part to technology. When I was a kid, if we wanted to look something up, we had to open an encyclopedia or find a book on the subject in the library. Now, everything is a Google search away. If a kid is interested in a particular topic, they can have all sorts of information in a few clicks.