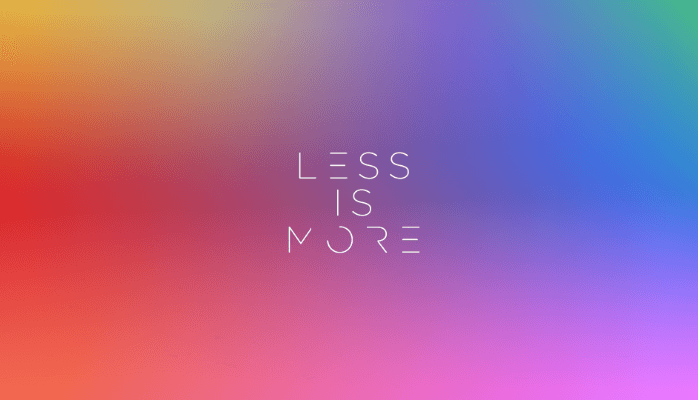 I’m going to tell you a secret.  I have a very simple, 4-word strategic plan (devised it a few years ago).

This has made my life — and my work, dramatically better.

Here’s how I execute on my strategic plan:

1. Decide on what matters the most.

2. Say no to everything else.

Of course, that’s easier to say than do. I fail at it all the time — but I’m getting better.  Here are some tips learned from years of practice:

1. When making your list, start with a low-level of abstraction.  Resist the temptation to make your list really “high-level”.  As an extreme example, one of the things on your priority list shouldn’t be “Be successful”.  That’s so broad, that you’d be able to rationalize almost every activity under the sun.  Try to be specific enough that the number of things that “fit” is a manageable number.  If you find yourself taking on too much (which you probably do), refine your filters and move to a lower-level of abstraction.

2. Forgive yourself for having to say “no” to things not on your “fewer things” list.  Years ago, I wrote a blog post asking public forgiveness , you can see it here at http://MustSayNo.com.  Of all the articles I’ve ever written, that one has had the most positive impact on my life.

3. Remember that every time you say “no” to something you might have said “yes” to, it frees up time to focus on the things that matter.  And the more time you spend on the things that matter, the better you get at them.  Let me give you an example:  Let’s say you say “no” to some project/request/idea that would have “only” taken a few hours a month, because it didn’t make the “few things that matter” list.  And, let’s say that one of the things that matter to you is being able to better communicate your message to the world — via public speaking.  Those few hours you “saved” can be spent on getting your message out. More speaking gigs, more people influenced.  But wait!  That’s not all!  Not only are you able to do some more public speaking, because you’re going to spend more time on it, you’re going to get better at it.  And, because you get better at it, you’re going to get more frequent speaking invites.  With larger audiences.  And have more influence once you’re on stage.  You’re building leverage by getting better and better at the thing that matters.  And, it’s amazing how much better you will get, once you decide on only a few things to get better at. 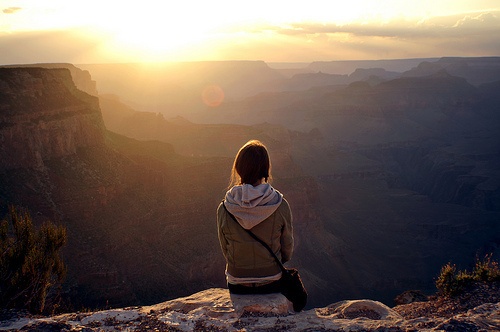 4. Fight the FOMO (Fear Of Missing Out) emotion.  It’s a killer. We all have it to varying degrees.  This fear that if we don’t say “yes” to something, we’re going to miss out on some big opportunity, small joy or new connection.  Yes, sometimes you will miss out, but that’s OK.  Life goes on.  On average, you will be better off skipping some things, instead of trying to do too much.

More people fail from a gluttony of good activities than from being starved of them.

6. As painful as it is, prune your prior committments. If you are like me (and apologies if you are), you’ve said yes to a few things that you now sort of regret.  Get yourself out of those.  Be respectful, be, understanding and be fair — but be disciplined and true to yourself.  And just because you committed to something last year with no real “expiration date” doesn’t mean you have to keep doing it forever.  Things change.  On a related note:  For things that don’t have an expiration date, remember that it’s going to be just as painful to prune later as it is now — why not give yourself the gift of some time back sooner?

7. Try to solve for outcome, not activity.  Figure out what you want to happen (whether it be a commercial interest or a philanthropic one), and figure out how to best create impact.  Usually, optimal outcomes are not achieved by saying “yes” to a bunch of “good” activities (however well-intentioned).

On the point of philanthropy, you might be wondering: “What about doing good, and giving back?”

Warning: My opinion here may be controversial for some and feel beknighted and self-serving to others. Sorry.

First off, if you have the ability to give back, you should do so.  No doubt.  But the question is, how do you optimimize for outcome?

Let me explain with a personal example.  I’m an entrepreneur.  Have been for most of my professional career.  I LOVE STARTUPS. THEY BRING ME GREAT JOY. I’m one of the co-founders of HubSpot (NYSE:HUBS).  I’m also a big fan of Boston and want to see the Boston startup ecosystem grow and thrive.

But a few years ago, I decided to dramatically limit the time I spend directly helping entrepreneurs and the Boston ecosystem. 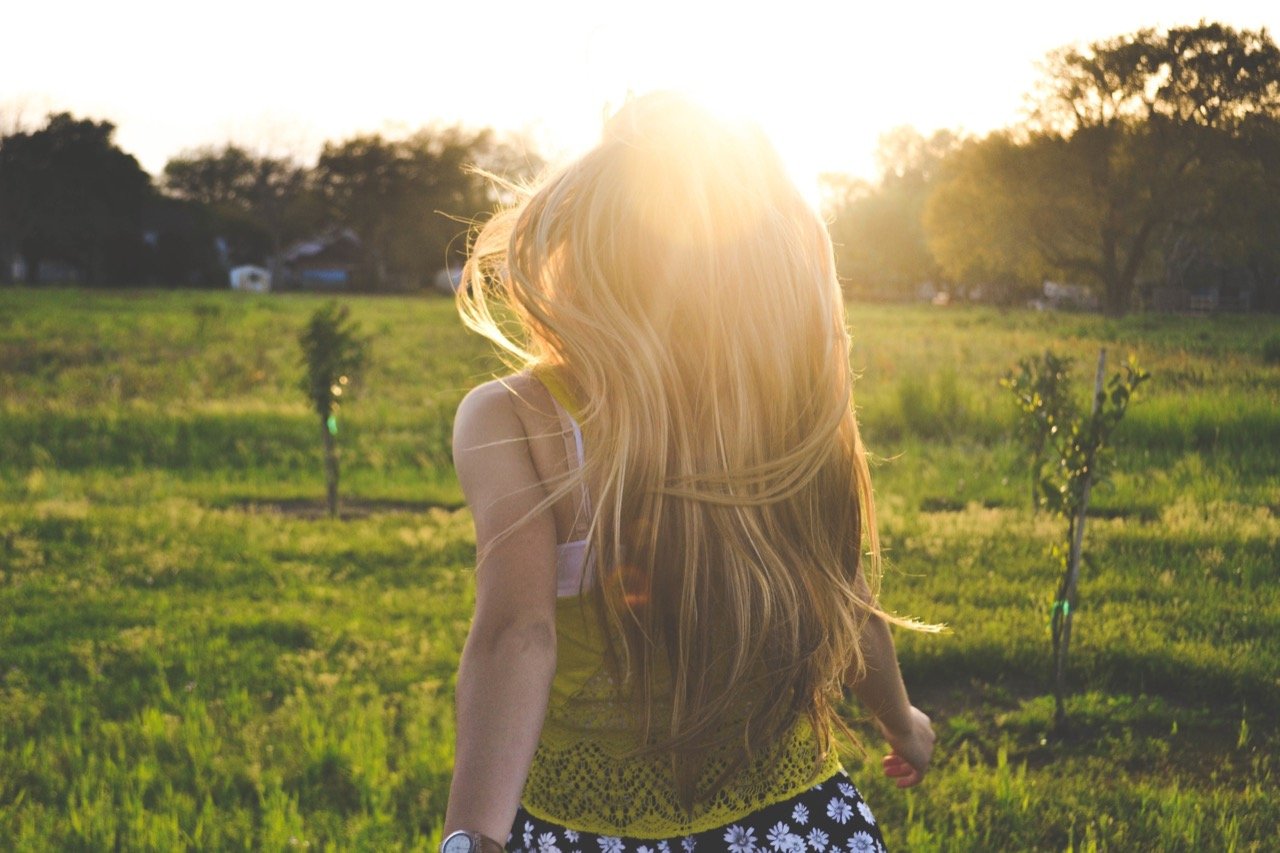 I’m a big, big believer in leverage and scale.  I like to spend my calories in ways that deliver the greatest impact and the best outcomes.  I’m actually quite geeked out on that idea.

The reason I made this decision was that I felt the best way for me to help the startup ecosystem — was to use my time to help make HubSpot a super-successful company.  The by-product of that success will be much greater than what I’d get if I were just directly trying to help a handful of startups.

So far, HubSpot has had some modest success.  We are a publicly traded now and have 1,000+ people working at the company.  We have many that have “graduated” HubSpot and gone off to start their own companies or join other teams.  We’ve also made a bunch of people money (several of whom are channeling some of that back into to the ecosystem by way of angel investing). We’ve improved Boston’s “brand” as being a place where big tech companies can still be built (which helps pull in more capital, talent and interest).  All in, I’d say we’re a net positive.

But, fact remains that instead of being a mentor/advisor/mensch — I’ve sort of been a schmuck when it comes to where I spend my time.  My money is a different matter — I’ve made 60+ angel investments.  But, I’ve been fiercely protecting of my time and I’ve said “no” to just about everything. And remember, I LOVE STARTUPS.  I love helping them.  I love the thrill, joy and fulfillment.  But, I said “no” anyways.  And, I may be rationalizing here — but I think I’ve likely done more for the ecosystem than if I had simply gone to more events, tried to pick a handful of startups to be an advisor/mentor for, etc.

This section got much longer than I planned for it to be.  I have a whole other article in draft-mode titled “The Surgeon In The Soup Kitchen”.  I’ll give you the abridged message of that post:

Thankfully, blogging is a high-leverage activity.  And, since I’m using HubSpot to write/promote/track this article, it helps HubSpot too.  So, I can rationalize this into my “fewer things” list.

Cheers, and best wishes with your “fewer things”.

9 Proven Ways To Get Back Quick From Failures