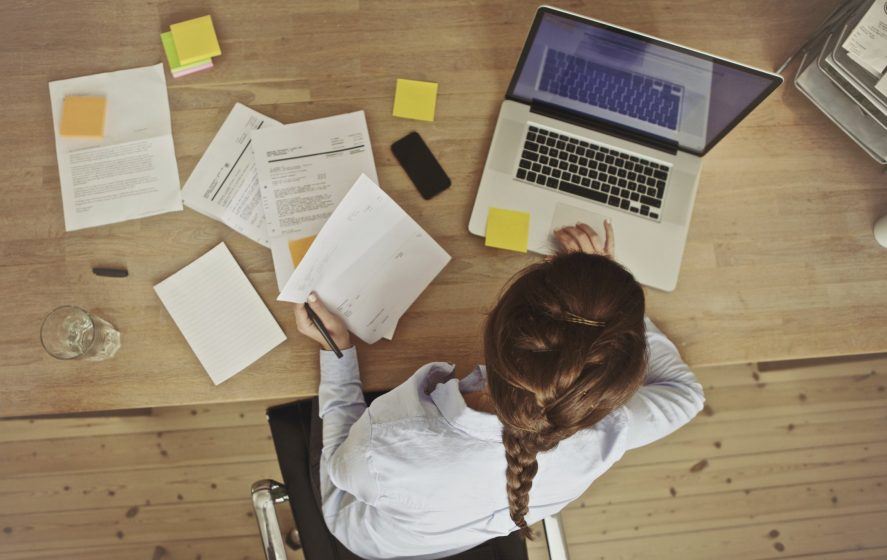 The rewards of being in control of your destiny are great, but being a female entrepreneur is far from simple.

Let’s be honest, being a woman in the workforce can be difficult. On average, a woman still makes only 79 cents to every man’s dollar. And if you’re a woman of color, or over 35, the amount you make to your male counterpart’s dollar is even less. With those stats, you’d think that being your own boss and throwing open the doors to your own business would be, well, easier — it’s not.

Though the percentage of female founders since 2011 has risen drastically (from one in six to one in four), when it comes to access to funding, women still only see a sliver of the whole pie — 80 percent less to be exact — for first-year funding.

Despite these odds, women-owned businesses saw nearly a 60 percent increase in the past 15 years.

So if you’re batting around the idea of opening your own business, or are already deep into the process and are just looking for additional inspiration, here are six of the best books for female entrepreneurs.

You probably know her best from her role on the long-running reality show “Shark Tank.” But did you know that Corcoran wasn’t always known for her real estate prowess? Though she might be rich, successful and a force to be reckoned with now, she started her career by failing at 22 different jobs! Eventually, she would borrow a crucial $1,000, which would take her to the top.

Described by USA Today as, “practical and funny,” her book is “advice that should stick with any reader.” Part memoir, part business, this book will inspire you to follow whatever dream may come, regardless of the amount of cash in your bank account.

“There is something dynamic that happens when women genuinely show up for each other. When we lose the facades, when we cut the bullsh*t, and when we truly have each other’s backs,” writes Leyba in the introduction to her book.

That’s a powerful statement. If that doesn’t intrigue you, move on to the next best book on this list. But if you are inspired, then this book will help you connect better with yourself and other women around you. Don’t expect this book to be chock full of business plans and startup decks, but do expect to come away with a better personal understanding and awareness.

In contrast to “Girl Code,” if what you’re looking for is more of a step-by-step manual on how to launch an idea into an actual living and breathing business, then this book is more your speed. Not only a book but also a full-fledged program and support network, the Ladies Who Launch brand was started by Colligan to provide the resources and support to female entrepreneurs she felt was lacking.

What to expect from cover to cover: inspirational stories from women who’ve come before, but also practical advice on following that dream, unlocking your vision and putting a plan into action.

A perfect book if you’re new to business and need a structured month-by-month breakdown of the steps needed to get your venture up and running. Taking you from as far out as 12 months, Emerson and Critelli leave little to chance, covering everything from business plans to social media. If you’re the entrepreneur asking himself or herself whether you need to incorporate your business at week one or week ten, this is the book for you.

A list of the best books for female entrepreneurs needs to include “Men Explain Things To Me,” purely for its wit and untempered honestly. If you’re a woman moving through this world, you’ll without a doubt relate to the themes and antidotes that Solnit tackles in this collection of essays. The book, inspired by her viral essay of the same name, takes a deeper look and analysis at what we all already know: that if you’re a woman (and even an expert in you field) you need to work twice as hard as any man to be heard.