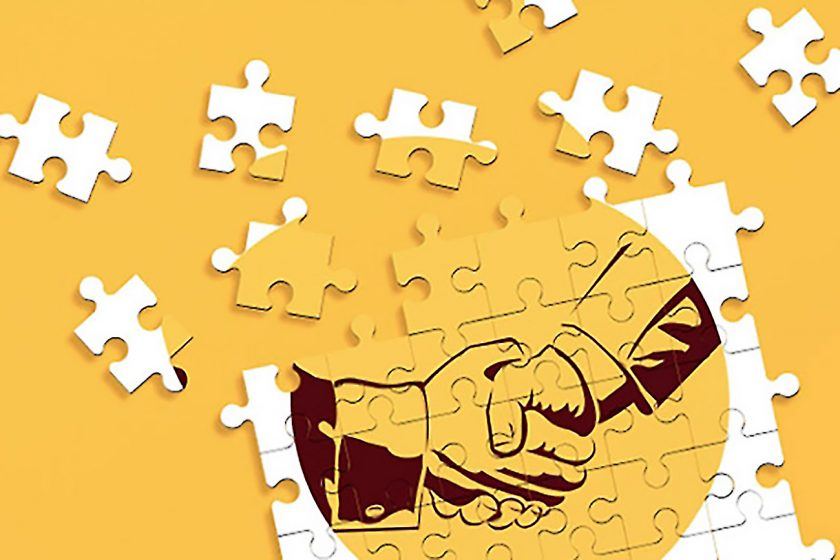 I had never been able to get into programming, so when I had an idea for an app, I knew I’d need to find a partner who was a developer.

As I was relatively new to the startup world, I didn’t have the necessary connections to have partners and employees lined up when I needed them. That’s why I had no clue where to start looking for a partner.

Hopefully, by telling you a little bit about my journey, you will be able to find a partner as well!

Who needs a partner when there’s Kickstarter

I tossed around the idea for a while, contemplating whether I could raise enough funds on Kickstarter to just hire a developer.

I mapped out a campaign, projected the numbers, and consulted with some “experts” at running Kickstarter campaigns.

To deliver my plans, I had to raise US$100,000. The experts I consulted with informed me that, on average, campaigns that raised US$100,000 (aka the top 1 percent of Kickstarter campaigns) spent around US$10,000 and began preparing at least six months in advance.

I concluded that while Kickstarter may be perfect for launching a tangible product, doing it for a messaging app just wouldn’t be practical, not to mention that a hired developer will never have the same passion as a co-founder. 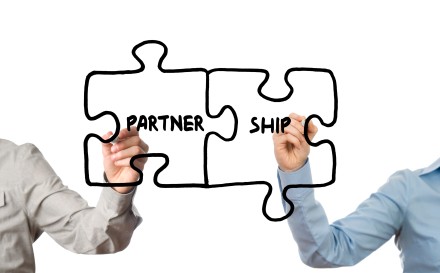 Someone has to know someone

After ruling out Kickstarter, I began my partner search by pitching my idea to everyone I knew. Then, I would ask them if they knew someone who may be interested.

With such a limited network, I was striking out. Having just half a year under my belt at a startup, I didn’t have the roots to be able to find the right people to talk to.

I thought about this for a second, Googled it, then slapped myself in the face and came back to reality.

After exhausting my options of reaching out to people, I decided to go to my local co-working space, Radius Cowork, late one Friday evening. My goal was to pitch to my friend Sean to see if he knew anyone who would be interested in my venture.

Sean and I spent about an hour mapping out the entire idea on a whiteboard and throwing ideas back and forth. I could tell he was genuinely intrigued by the idea.

After the brainstorming session, he took a step back, stared at the piece of art on his whiteboard, took a deep breath, and said, “I know the guy who would be perfect for this.”

Sean went on to tell me more about the guy he had in mind and why he would be such a perfect fit. Additionally, he told me that if I wanted the partnership to come to fruition, I would need to show this guy I was serious. Sean set up a meeting for me and my potential partner for later the next week. It was time to prepare.

What to pitch to a partner

I fully understand how developers probably feel when someone tells them they have an idea for an app.

They probably think, “Oh boy, here we go again. The best idea ever. Hopefully, this one is better than the punch-my-phone-to-see-how-strong-I-am idea.”

I know this because I took a semester of web development in college before switching to digital marketing technology, yet I still get people pitching me ideas for an app all the time. I have no idea how to make an app but I know how developers think, which is why I had to be prepared—I wanted to be.

Here are the things I wanted to have ready:

When we met for the first time, I could tell he was more than just interested. We spent over an hour during lunch throwing ideas back and forth. We went over all the materials I had prepared, and everything flowed perfectly. He was knowledgeable, passionate, and, above all else, excited. He could tell I was serious, and I could tell he was too.

I made sure to give him access to everything we discussed so he could go into more detail on what we talked about. Then we parted ways agreeing to meet in a week.

A week later, we met up again to grab some coffee. We ended up talking for over 2 hours, bouncing ideas back and forth. Along with what I had come up with, he had a lot of great ideas to add that I’d never even thought of.

The stars seemed to be aligning as we were getting to the end of our meeting. We were both beginning to talk about all the incredible things the future had in store for us.

To end the conversation, he said, “Alright, I’m in.” Just like that, we were partners.