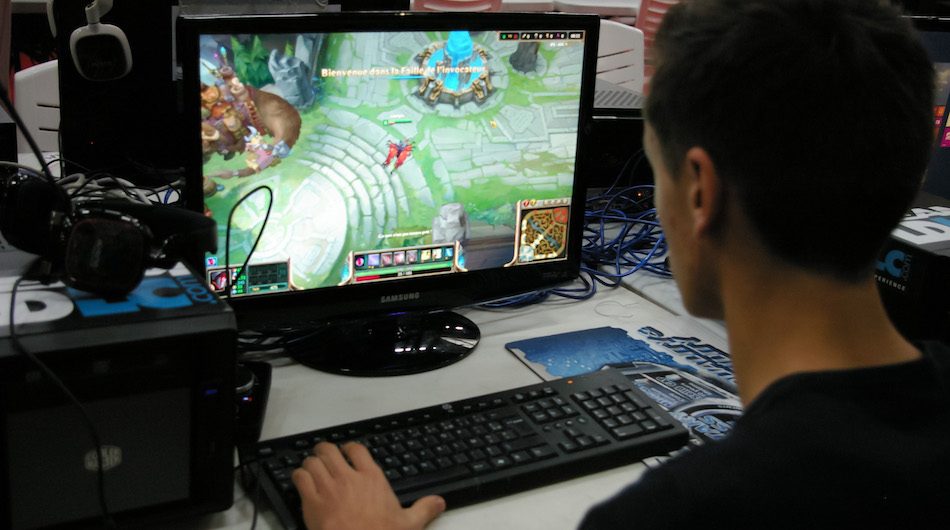 Indonesia, today announced it raised US$1.2 million in series A investment from 500 Startups and Korean VC K-Run Ventures. Another Korean investor, which the company didn’t name, also put in cash.

Started in 2015, the marketplace called Itemku lets people buy and sell items that exist or are used in games, and takes a cut of the sale.

Such items include anything needed to advance to higher levels like weapons in multiplayer online role-playing games or the user accounts or characters themselves. Perhaps the most commonly traded item is game currency, which gave birth to the practice called gold farming. Gold farming happens when a person plays to acquire in-game currency in order to sell it for real-world money. Gamers get a virtual item either by spending time playing the game or buying it.

Virtual goods have become a major source of revenue for game developers. The market for in-game items is projected to reach more than US$46 billion this year and grow by over 6 percent per year, according to a Reuters report citing Super Data Research.

Itemku is riding on that growth. It now counts 200,000 virtual goods posted on its site, and its gross merchandise volume and revenue have been rising by an average of 30 percent monthly, Five Jack CEO Denis Kim says, without disclosing actual figures. A 17-year-old gamer generated around US$19,500 (260 million IDR) from selling Growtopia items on Itemku in March alone.

Itemku seems to be the only one tackling this space in Indonesia. However, it is caught in the middle of a debate over the legal status of virtual items.

Who really owns it?

Generally, game developers maintain the rights to all in-game items as stated in the end-user license agreement (EULA) they make players sign. That’s why selling or buying such items online could get you banned from a game.

There are instances where game developers allow for legal ways to sell virtual items. For example, Sony launched a virtual item auction house for its Everquest games called Station Exchange. Game distributor Steam in the US offers a similar service – a community market where players of titles on its platform can sell their goods.

However, on a third-party marketplace like eBay, the sale is banned because eBay says it violates intellectual property rules.

Despite the EULA, players would claim ownership of the items based on the time, effort, and money they spent procuring them. That’s why you have marketplaces like Itemku, which cater solely to these gamers.

Itemku believes it’s just fair to allow gamers to sell digital property they purchased or labored for. “Itemku respects the intellectual property of game companies, but it respects gamers more,” Denis says, responding to our email.

“Let’s think about what’s common sense. If I spent a lot of my time and money in a game, I think I can sell my property in the game. Is this not reasonable?” he asks.

It’s a similar situation to what ride-hailing apps Uber and Grab or room-sharing site Airbnb faced when starting out – the law struggles to catch up with technology.

Denis says virtual goods trading is legal in South Korea and China. In Indonesia, “I asked lawyers about this and they told me that Indonesia has no negative rules about this. So we can do this business in Indonesia.”

Gold farming has become a whole industry in China, where pros would rake in multimillion dollars – and that was back in 2011. In South Korea, the courts ruled that gamers are allowed to sell virtual currency for real cash and such transactions should be taxed.

Australia and the US are also looking into taxing the sale of virtual goods.

The issue of who actually owns them, however, hangs in the air. While Denis says that South Korea and China recognize the rights of gamers over virtual property in their accounts, it’s something most regulators globally haven’t touched on.

In the past, game developers like Zynga (maker of FarmVille) and Jagex (maker of RuneScape) filed lawsuits to stop online sales of their in-game currencies.

Itemku has faced no such complaints from developers, Denis points out. But what happens when it does?

“I believe the law will support not the game company, but the normal gamer. If they want to sue, they need to sue in Korea because our headquarters is there. Korea has a long history in games, especially online games. If I lose in Korea, I will move our company where it is allowed.”

“It’s a good scenario for me because people sue when big money issues come up. If some game company sues Itemku, it means Itemku has already become so big,” he quips.

Denis says their latest funding will go to their expansion to other Southeast Asian countries. Regardless of the controversy, his team has the support of 500 Startups, which also provided the company its seed funding last year. 500 Startups managing partner Khailee Ng declined to comment on the legal issues.

A column by 20-year trademark, copyright, and intellectual property lawyer Oliver Herzfeld on Forbes about the legal status of virtual goods is insightful.

Oliver says treating virtual goods as personal property could clarify that purchases and sales of virtual items are legitimate and binding transactions, and players would have a right to compensation in the event such items are stolen.

However, it would not address the elimination of the value of the goods in events of:

“Given the large amounts of money at stake, hopefully the uncertainty of the legal status of virtual goods will be resolved sooner rather than later,” Oliver concludes.