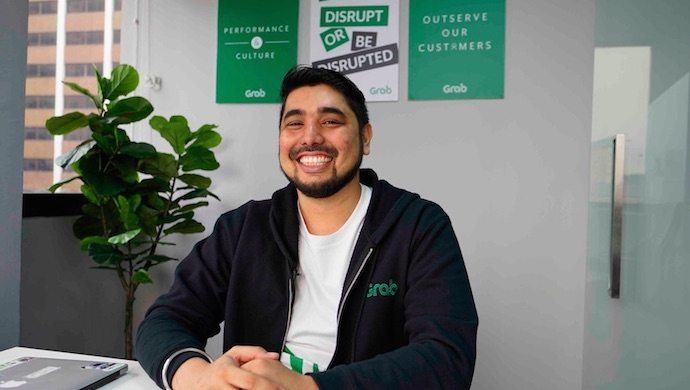 In this interview series, we share insights from Grab’s founding members who talk about their experience building up Southeast Asia’s largest ride-hailing app. This week, our head of business solutions Aaron Gill shares how we expanded our network of drivers from 40 to over 630,000. He also offers some takeaways for other early startups.

“Grab now has a network of over 630,000 drivers across six countries in Southeast Asia. But our beginnings were decidedly humble,” according to Aaron.

“Back in 2011, we had no grand ambitions of being a unicorn. All we wanted was to fix the taxi problem in Kuala Lumpur,” he said.

In the past, commuters in Kuala Lumpur would phone in taxi call centres. A dispatcher would manually find and assign a driver in a process that could drag on for half an hour.

“We saw this and thought we could obviously make an improvement. We could shave waiting times for passengers and help drivers earn a fair wage,” says Aaron.

That was the genesis of Grab (then called MyTeksi). Aaron joined the founding team – which comprised co-founders Anthony Tan and Tan Hooi Ling – overseeing product and tech development.

Right off the bat, the team faced a challenge: Grab needed taxi drivers onboard its ride-matching platform. But most drivers in Malaysia didn’t even own smartphones. “Convincing them to buy one was a huge leap,” Aaron said.

By working with a local taxi service provider, Grab found 40 cabbies willing to throw in their lot with the unknown startup.

WhatsApp was an alien concept to the drivers, which meant face-time was critical. The team set up fortnightly teh tarik or coffee sessions to gather feedback.

“These early adopters had faith in us because they felt it was time for a change. They liked that the decision would be made by a machine, not a person. It seemed fairer,” Aaron said.

But having invested in a new tool, Grab’s first 40 drivers had high expectations.

Aaron recalls drivers sitting side-by-side at coffee shops waiting for jobs to come in. One would get a notification, but due to the speed of the network, it would take a few more seconds for the other drivers to receive the same job.

“They would compare and ask why one person had a two-second advantage. They even claimed we were ‘favouring’ one driver over the other!” he exclaimed.

Tensions came to a head during the fortnightly coffee sessions, when drivers would sometimes bang on tables and shout at the team. Their frustrations were understandable. After all, this hit their livelihoods directly.

“They had invested so much in us. We owed it to them to build a product that showed results,” said Aaron.

So the team dutifully went back every fortnight to show incremental improvements. And when drivers swung by Grab’s office for tech support, the engineers would personally come out to help.

“Slowly, we found that the same driver who yelled at us the month before would be happy with us. In fact, he would become our strongest advocate,” says Aaron.

After months of tinkering, the Grab app debuted in June 2012 to a media blitz. It received 11,000 bookings on the first day, which meant finding more drivers became a top priority.

So the team took to the streets, approaching drivers at coffee shops and petrol kiosks. The number of sign-ups shot up from around 100 to 1,000 a month.

These “on-ground” tactics were so successful that they were exported to other countries. “In Vietnam we approached drivers at 4 a.m. at the start of their shifts,” Aaron describes. “In Singapore, we targeted taxis queues at Changi airport. One person would explain the app to the driver, and the other would download it onto his phone.”

While Grab has grown, it retains its personable approach with its drivers. Every major city the brand operates in, for instance, has driver support centres, while the smaller ones have kiosks and satellite offices.

And though it is possible to communicate via WhatsApp or LINE now, Grabbers in some cities still continue the founding tradition of fortnightly coffee sessions.

“I remember a young driver who signed up with Grab so he could save up for his marriage. When he finally had a wedding, he wanted us to be there,” Aaron recalls with a smile.

“In many ways, we’ve been a part of our drivers’ lives – and that’s extremely rewarding.”

3 takeaways for growing a young business

1. Your harshest critic can become your biggest champion

“Your most vocal critic can actually work for you,” said Aaron, referring to the Grab team’s experience dealing with disgruntled drivers. “Make him angry, and he’ll be vocal about it. But by the same token, make him happy, and he will be your most vocal champion.”

From regular coffee sessions to manning driver support centres, “our approach has been very high-touch. But that face-time has been critical to our success,” said Aaron. During its early days in Malaysia, for instance, the team didn’t just school drivers in the Grab app. They also introduced them to complementary tools like WhatsApp and Viber, helping them to unlock the full value of a smartphone.

3. Your early adopters are key

“They will be the ones telling others about your product,” said Aaron. “When our first few drivers had their coffee breaks, their devices would ping with jobs and this became a conversation starter with other drivers sitting around the table. That’s how the word about us spread.”